Hello again! It's great to have you back here. Now it's time for another Font of the Week and this time we will take a look at my font called "Gibson Girl".

Gibson Girl is part of the Jukebox library and was designed in spring of 2009. Based on a hand-drawn alphabet in a "how-to" book on hand lettering, Gibson Girl reminded me of the 1890s style script fonts often seen on advertisements and signage from that period. 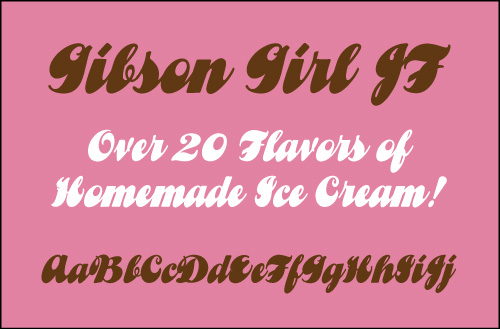 The name seemed the perfect fit for the font. Charles Gibson was an illustrator popular during the Gilded Age whose stylized drawings of young women became all the rage…they were the supermodels of their day and the "Gibson Girl" became the ideal of young female beauty at that time. 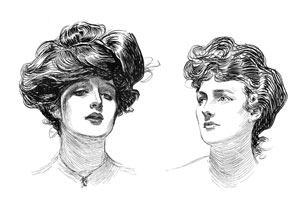 Although a script font, Gibson Girl has a very stylized design that makes it perfect for many applications that need to make a heavy, bold statement. The high contrast between the thick and thin strokes gives the font character and a sense of movement while at the same time seemingly solid and confident. Much like the Gibson Girl herself who was bold and self-confident yet feminine and graceful. It is a design that is clearly drawn rather than "written". 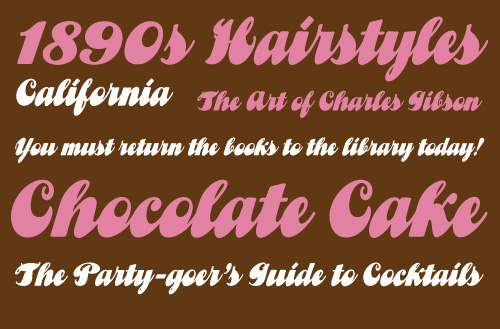 With its large x-height and bottom heavy letterforms, Gibson Girl is warm and approachable and carries no hint of aloofness or pomp.

The font contains a full character set that supports all Latin-based and Eastern European languages and is available from Jukebox in OpenType format.