Font of the Week #34: Eastern Star

Hello and welcome back! For this week’s Font of the Week we will be taking a closer look at “Eastern Star” from the Jukebox library…

This font was designed in 2006 and was inspired by a handlettered sample in an older how-to book from the 1940s on hand lettering for graphic artists. That particular book, I special ordered from a bookseller in Britain.

I enjoyed both the calligraphic and asian qualities that this font has. It seems as appropriate for a Christmas card as it does for a menu at a Chinese or Polynesian restaurant. That is due to its “eastern” design elements, hence the name I gave it. 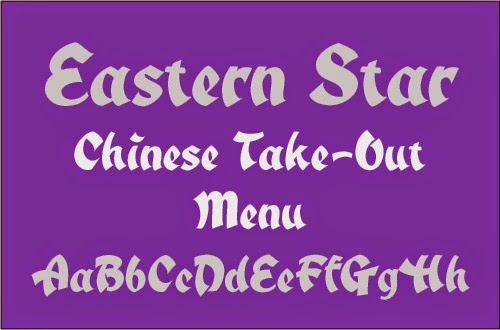 For me, the font seems to call up images of nomads crossing the desert on camels. Perhaps to head east to trade with spices Asia or west to the holy land? Either way, there is a lot of versatility in this typeface for use on themed designs…

For me type has always had an emotional connection and Eastern Star is no exception. The design of a typeface must evoke a feeling that relates to it. That is one of the reasons I am more geared toward designing display or headline fonts. Therein lies the wealth of emotion that type can convey. 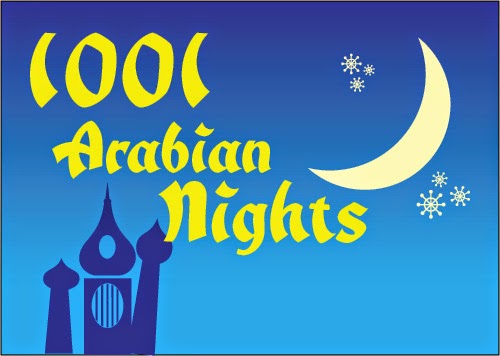 The font was originally released as a PostScript font but has now been updated to OpenType format. Eastern Star is available from Veer.com

Font of the Week #33: Dulcimer

Hello and welcome back again! I hope you are having a good Wednesday so far. This week's font of the week feature will be taking a closer look at my typeface called “Dulcimer”.

This font was inspired by a small sample of lettering in a how to book on calligraphy. Since there were only a few letters in the original sample, I took on the challenge of designing a full typeface from them with a sense of excitement! 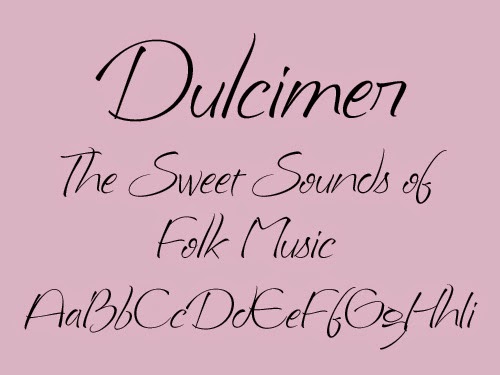 What I like about the design of this font is the thin, almost wispy letterforms. It goes against the grain of most typical “calligraphy” style fonts but still retains that hand-drawn organic quality that they are known for. I particularly like the variety of the lowercase letters. Most are designed in a more typical printed way while some have a more scripty design to them like the lowercase r and s. Allowing this intermixing while still retaining a cohesive design gives the font a definite feeling that it was hand drawn. The way letters widen on many of the end strokes as well as the small spaces between parts of the letters, gives the font a vaguely Asian feel with out being too overt about it.

These qualities make Dulcimer a very versatile font that can work in a number of different applications. 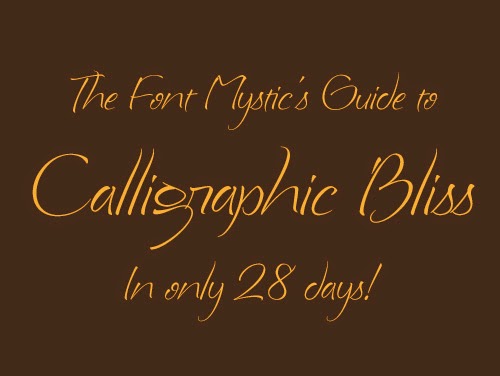 A dulcimer is a musical instrument that can be plucked or played with a hammer. It has a very unique sound quality to it that is very distinctive and lovely. It seemed the perfect name for this font. I remember the first time I ever saw a real dulcimer as a child. We were on vacation in Gatlinburg, Tennessee and there was a man who hand made them. He had a small shop in town and we happend to walk past it. He was playing outide and it was an amazing sound! I began working on the Dulcimer font in January of 2005. It was released as part of the Jukebox library at Veer later that year and is now available in OpenType.

Font of the Week #32: Debonair

Hello and welcome to the first Font of the Week feature for November! This week we will take a closer look at “Debonair”—one of the earliest Jukebox fonts.

Debonair is a digital revival, meaning the Jukebox version is a recreation of an old typeface that was previously only available as a photo-typositing font. Once photo lettering went the way of the Dodo when computers and PostScript came along many of these older fonts were forgotten or fell out of use. Designers weren’t able to use them because photo lettering was gone and they hadn’t been converted into digital fonts for the computer. 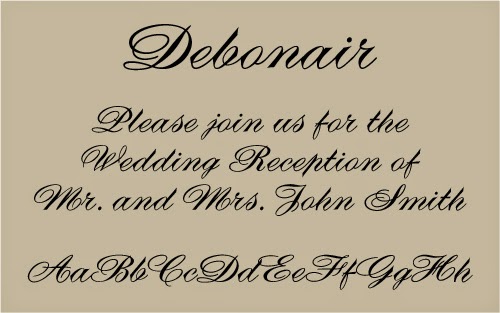 It has been something of a fun task for us digital typeface designers to bring these old fonts back to life again and make them available to designers of today. Debonair is a digital revival of an old script typeface called “Diane” which was originally designed by Roger Excoffon for the Olive Type Foundry in 1956. I created the digital version of this previously unavailable font in 2001 as part of the original JAW Fonts library which was later rebranded as Jukebox in 2003.

What captured me about this interesting script font is the angular elements in the lowercase letters. Usually script fonts are meant to imitate the free-flowing forms of handwritten lettering, but in the case of Debonair, the lower case letter’s downward curves are angled off at a point…this gives the font a slightly edgy feel that is unique among formal scripts.

Working from samples in an old type catalog, I traced each letter in Illustrator and then imported them into Fontographer to build the font up. 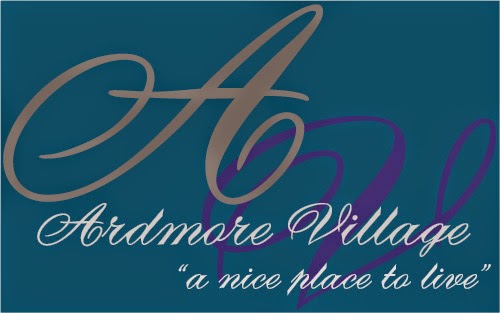 Debonair is a Copperplate (or Spencerian) script as they are sometimes called. These elegant script fonts are based on lettering from the 18th Century and have always been associated with formality and refinement. They are perfect for wedding invitations and anything that needs a classy and elegant feel.

As the Jukebox library was completely converted to OpenType in 2013, Debonair is now available as an OpenType font from Veer.