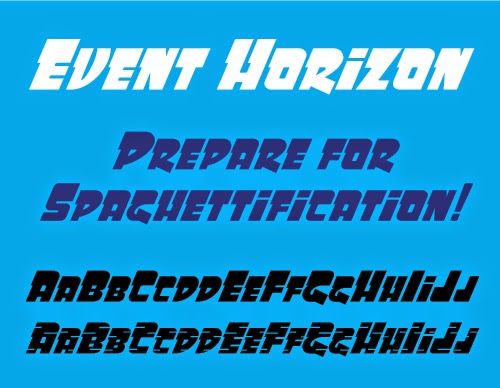 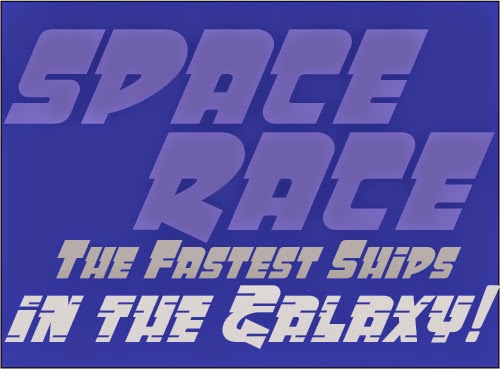 Font of the Week #37: Empyrean

Hello again! It's always nice to see you back. Once again it's time for the font of the week and this time I am featuring my text family called “Empyrean”…

The Empyrean font family represents the one and only time I set out to design an actual text face that could be used for printing books and or long passges of text. Most of the typefaces I design are meant for headline and display use, but I wanted to challenge myself to take on a text family which is a whole different animal. 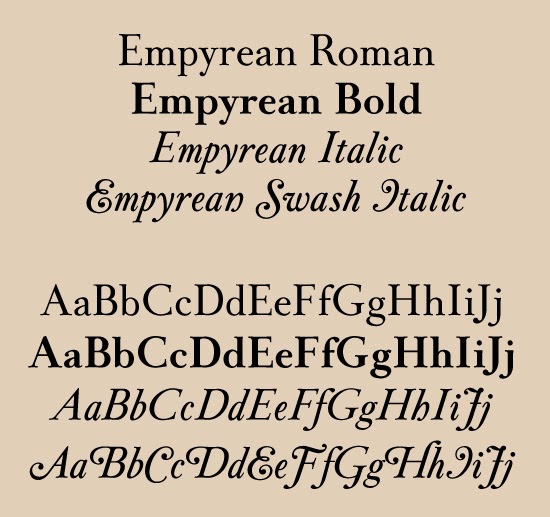 Empyrean is loosely based on the original hand-drawings for the “Romain du Roi” (French for ‘King’s Roman’) done in 1695 by Louis Simmoneau. King Louis XIV had ordered the design of a new royal typeface, and those original drawings came out of that process.

I began working on Empyrean in early 2003. Originally the font had a different working name but I finally settled on calling it “Empyrean” just before releasing it commercially through Veer. The word Empyrean means “deriving from or related to heaven”…a seemingly appropriate name for a typeface based on a font made for the “Sun King” 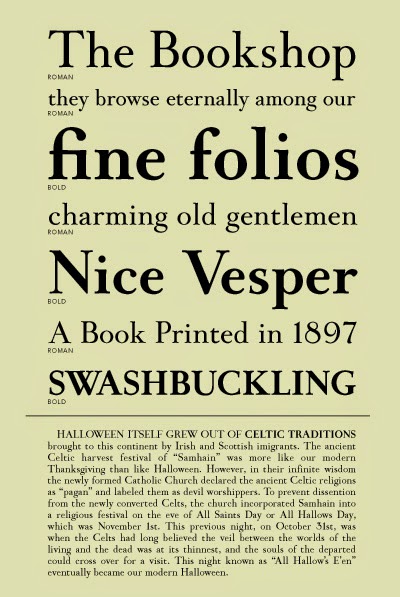 There are four weights in the Empyrean family…Roman, Bold, Italic and Swash Italic. The challenge in designing a text face like this is getting all of the four faces to work together harmoniously as well as tackle the specific needs of a typeface intended for text use. Designing fonts for display use is much more fun and free as the designer has more leeway into what can be done with the letters. Text faces must be designed and spaced very precisely. As any artist is never able to see his or her own work objectively (try as they might) I cannot judge if Empyrean is a success or not, but I was pleased with the end result and customers seem to like it. It was a fun challenge that I enjoyed! As to whether I would do a text family again? We’ll see… 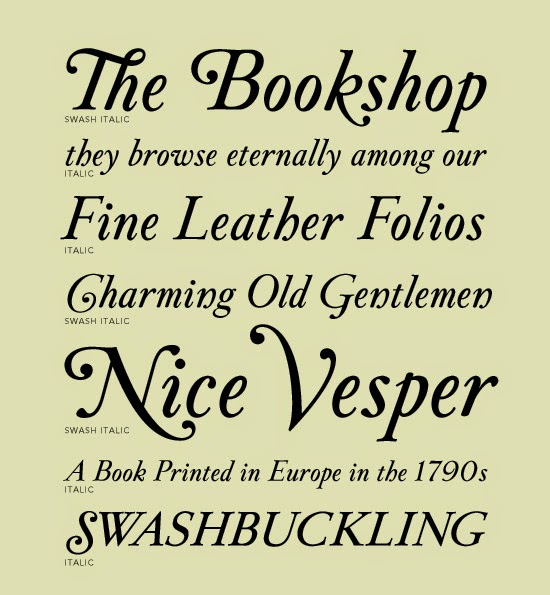 Font of the Week #36: Eloquent Pro

Hello! It's great to have you back again. This is a special week for two reasons. First, this is my first “Font of the Week” post for 2015 and second, this week’s font feature is very special. We will take a closer look at my font family called “Eloquent”.

Back in late 2008 I received an email from Grant Hutchinson at Veer. Through the years, Grant and I had conferred many times on which font would make good additions to the Jukebox library. In this particular email, Grant suggestied that I take a look at and old photo-typositing face from the Photo Lettering Inc. library called “Pistilli Roman”. He sent me some samples along with the email.

This beautiful did one style font had heavy contrast between thick and thin strokes and the thin strokes were like hairlines. The original Pistilli font had never been converted into digital format. Grant and I decided to recreate it and add it to the Jukebox library. 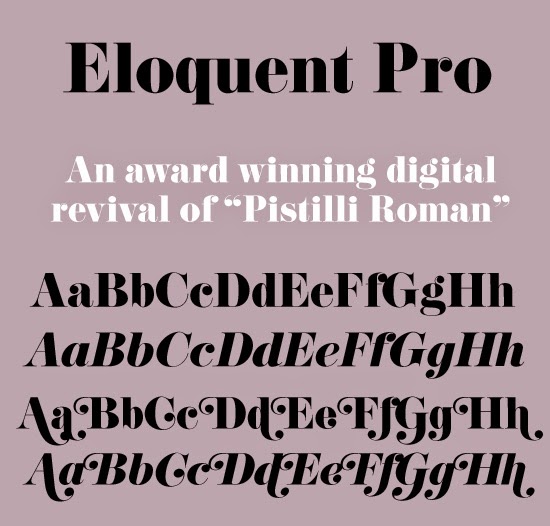 I began work on this digital revival in early 2009 and it was finished later that same year. The original Pistilli Roman font was one roman face and despite much research I could never find an accompanying italic. As far as I know Pistilli never published one, so I set about designing one that would match to make a complete family set. I expanded the family to also include a small caps for both roman and italic and added a full set of swashes to each typeface.

Eloquent has been a very popular seller for Jukebox and is one of my top 5 most successful typefaces. About a year after Eloquent was released to the public, I was contacted by Italian Vanity Fair to design a custom “caption” version for use at small print sizes. All versions are available from Veer.

In addition to this, I was honored to have “Eloquent” chosen as one of the 25 winners of Communication Arts magazine ‘Best in Typeface Design’ for their 2011 Typography Annual. 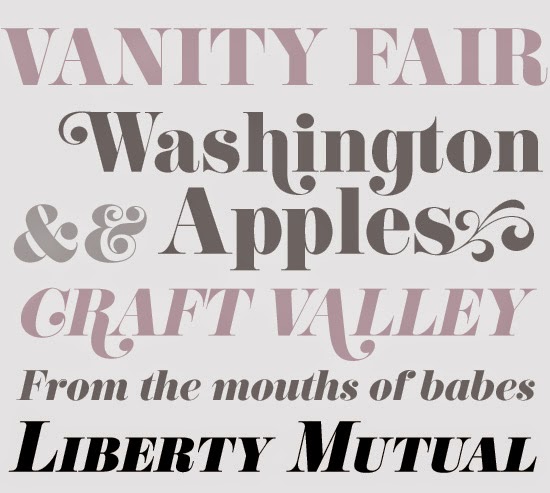 Unlike some of the older Jukebox fonts which were later converted to OpenType, Eloquent was designed natively in this format. I made use of many of the special features of OT typefaces. Eloquent is part of the Jukebox library and is available from Veer.