Font of the Week #27: Confectioner

Hello! I usually post my font of the week feature on Tuesdays, so it’s time for another one! This week’s typeface in the spotlight is Confectioner.

This is a very interesting font that is a digital revival of an older photo-lettering face. The original typeface that I used to create Confectioner appeared in an old Dover sample book. I was moved to turn it into a modern digital font when I saw its unusual appearance. The letterforms in this typeface are quite unique and that’s what grabbed me.

I am often influenced by retro design and I love the 1960s “Mod” feeling of this typeface! It seems to capture that design trend very well to me. 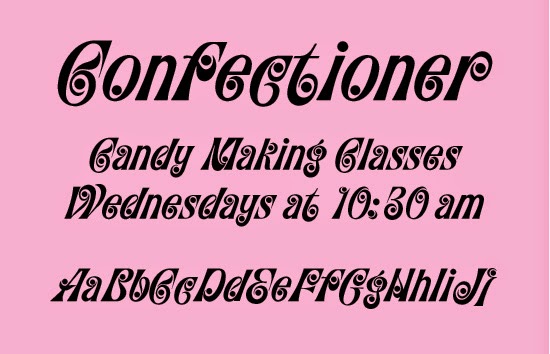 For some reason the design of the letterforms in Confectioner made me think of candy and Willy Wonka so I gave it its sweet name. The italicized slant to the letters also gives the font a kind of energy and movement that makes it very dynamic. It certainly isn’t a script face by any stretch of the imagination, yet somehow seems to have the same qualities as a script font. 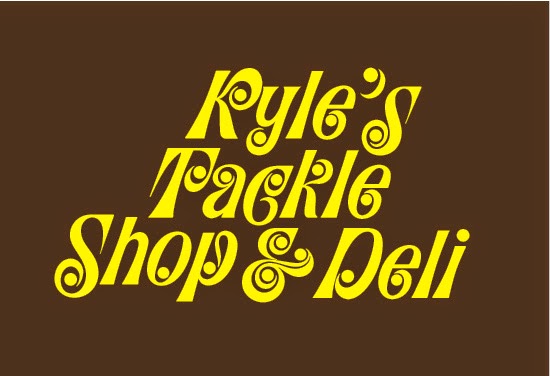 One of the most interesting aspects of creating this font was figuring out how to do some of the extra characters like certain diacritics (accented letters) and punctuation to stay harmonious with the unusual design. In many of the letters, the strokes terminate in a pointed wave-like curve that leads into a small circle at the end. I used this same design theme to create many of the extra glyphs for the font. This repeated motif is the same one that also gives it that mod 60s look.

The font also contains alternate versions of the capital C as well as lowercase h, n, s and u. Confectioner is part of the Jukebox library and is available from Veer in OpenType format.

Font of the Week #26: Concrete Salsa

Hello and welcome to another Font of the Week posting! For this first FOW of August, I though we would take a closer look at Concrete Salsa.

The two Concrete Salsa fonts were inspired by a hand-lettered Film Noir poster from the 1950s from a movie called “Coup Manqué” which was the French version of “The Killing”. It was one of the earliest films in which Stanley Kubrick was a young producer. The original poster was designed with the typical dynamic and energetic graphics from the 1950s Film Noir genre with strong contrast and dramatic compositions. 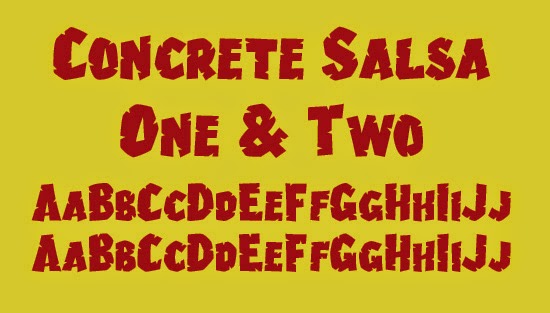 As with all my typeface designs that were inpsired by hand-lettering, I started by recreating the letters that appear in the words Coup Manqué and then designed the rest of the font to match. I loved the chunky design of the letterforms enhanced by the little notches cut out in them that resemble rough hewn stone. This is what inspired the name “Concrete Salsa”…it had both the feeling of an industrial quarry look mixed with some South of the Border flair.

I love typefaces that can straddle two or more design genres like that…it makes them more versatile and they have less of a tendency to become overused in a specific style.

In this fun example below, I utilized the typeface for a mock ad for a Mexican restaurant. It seems to fit as perfectly here as it does in the movie poster of a murder mystery. 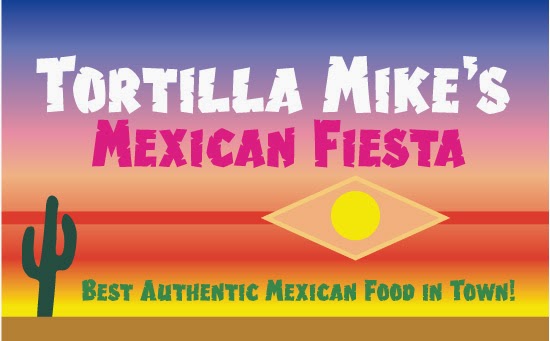 There are actually two faces to Concrete Salsa, labeled One and Two. The difference between them lies in the placement of the cutout notches in the letters. This allows a designer to intermix them for a more organic feel…more like the way hand drawn letters would be.

Designed in 2008, Concrete Salsa is part of the Jukebox library and is available from Veer…now in OpenType format.